On Monday we went down to the library to get our passports.  First off, I realized after we got there that I had put my ID in another purse, so we went back home to pick it up and returned.  We had filled out our applications, but my printer had cut part of the bottom off, so they gave us some new ones and we re-filled them.  We wrote out our checks and they commenced to taking pictures.  She managed to get a better-than-my-drivers-license photo in three snaps.  Casey moved to the white wall, took off his glasses and didn’t smile.  They took several snaps, but the printer could not make out a face.  She took some more, still just a ghost picture to the printer.  We carried on for a while, moving him over to another wall, turning off the lights, turning off the flash…he was just a cloud.  Finally we gave up.  She said we’d have to go to a CVS or Walgreens and get one there.

We set out for the nearest CVS where the handsome young man grabbed the camera and found it needed batteries.  He went in search of and came back and said it had to be charged for an hour, sorry.  We went to the next Walgreens where the cashier said they couldn’t help us until 2pm (it was noon).  Onward to another CVS and I’m getting pretty gripey, but whatcha gonna do?  The girl at the CVS was helpful, but she, too, got Ghost!!  It’s called the Santa Claus effect because his beard and hair are so damn white.  I felt like his cheeks and face were red enough to stand out, but…  CVS girl was younger and knew her camera better than the library ladies.  She adjusted a few things and we got a nice picture of a face.  We raced back down to the library and our applications were submitted.  Finally.  It kinda took the fun out of it…

We are planning a trip to London in June.  I’m there to see the Queen and I hope I’ve not waited too long.  If you know me at all, you know I’ve obsessed with the latest Royal Family news.  It has literally sickened me and I don’t want to talk about it and I wish I’d quit thinking about it.  I will tell you more about our London trip as it draws closer, but I’m currently planning a Birthday Week Jaunt to Florida, leaving in 35 days…   One Trip at a Time.

I’m studiously avoiding Any Sort of News and I’ve read three books, written thousands of words, planted my Wardian Case, played the piano, and listened to music. That’s not just to get my mind off the State of the World Today, but also to keep my anxiety down about an upcoming Root Canal.  Fun, huh?  I dread it with the worst dread of dreads.  I have duties with Olivia and Samantha this week, so I put it off until the 29th.  These little pains are coming way too often to suit me.

The diversion of the bird garden has lived up to my expectations, though I’ve no pictures to show for it.  Our suets are especially popular with the hairy and downy woodpeckers.  We watch chickadees, tufted titmice, wrens, cardinals galore, and a couple of indigo buntings.  We have a warm-water birdbath that they all flock to.  It’s a joy. 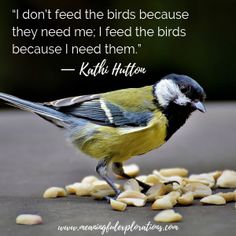 Because I had so many appointments last week I didn’t get much done over at the Ancestry Blog and what I did write I am completely re-writing.  We’re to the Revolutionary War, a conflict I always found boring.  It’s much more interesting now that I realize they were fighting right on our ancestors’ land and that many of the Patriots were neighbors.  I love the research, but it doesn’t get the writing done.

As I slog through all these Patriots, I don’t lose sight of the fact that there were 600,000 human beings being held as slaves in 1776, and hundreds to thousands were owned by Casey’s and my ancestors (yes, even the Maynes had slaves and they sure didn’t free them).  The Founding Fathers saw fit to count them as 5/8 human, as possessions.

I confess to white woman guilt.  I believe the best we can do is Right Now: Love Your Neighbor as Yourself, and Forgive Everybody (including yourself).  The Obamas made MLK Day into a Day of Service to Others.  It’s a Good way to celebrate Dr. King’s Life. 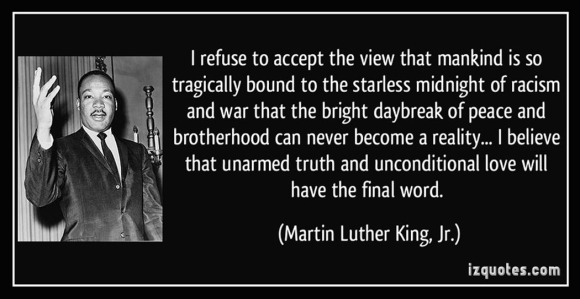 One thought on “Weekly Wrap-up”