To celebrate 17 years living at Sonnystone Acres, we are publishing  a series of posts chronicling the first three families who lived here, spanning 111 years… This is the eighth installment of the series…

I just received a hard-to-find copy of Kenneth McCutchan’s book “From Then ‘Til Now: History of McCutchanville”, autographed by the author even!  This book was published in 1954 by the Indiana Historical Society and it is chock-full of interesting information such as this:

“The Erskines, the second white family to arrive in McCutchanville, came also from Ireland, but were descended from a very old Scottish family whose records go back for centuries…

It was the bitterly cold Christmas Day of 1819 when William and Mary Erskin and their four children tied up their flatboat at the Evansville landing.  They had come from Largey, in Antrim County, Ireland.  Whether they had intended going on down the river is not known, for during that Christmas night the river froze over so solidly that all traffic was brought to a halt.  Mr. Erskine was able to rent a small cabin from Hugh McGary, the founder of Evansville, and the family remained there until spring.

Perhaps during the long months while the winter wore away they began to like southern Indiana, for when the weather broke and good green days came again, Mr. Erskin went back into the hills and selected a site for a farm, which he later purchased at the Vincennes Land Office for $1.25 per acre.

With the spring, the family moved to their new estate and set to work to build a barn.  There were more hands to do the work than there had been in the McJohnston family.  The Erskin children were already grown; the two oldest boys were 22 and 23 years of age.  This barn, constructed of round hickory logs, is thought to have been the first building erected in the McCutchanville area.  It was located on the brow of the hill north of the present (McCutchanville Methodist) church at the end of what is now Erskine Lane.”

The Iglehearts were not in McCuchanville. so there is next-to-nothing written about the family in Kenneth McCutchan’s book.  Their land was situated in Warrick County along the Vanderburgh/Warrick County line,  just a  short distance east of the British Settlement.

However, Levi Igleheart, Sr. was a big deal in Warrick County. In 1825 he was appointed Magistrate in Warrick County and was elected by the Board of Magistrates to be its president. He continued in that position until after 1830, when the law was changed to form a board of three County Commissioners, to which Igleheart was perennially elected.

Soon, all of Harriet’s and John’s siblings married.  John’s brother, Andrew, had married Ann Ewing in 1825. In 1834, Harriet’s sister, Kitty, married John Johnston. In 1842, brother Asa was wedded to Ann Cowle. Youngest sister Eleanor married Amos Wright in 1843. Levi, Jr. married Susanna Ingle in 1844., and William tagged along in 1848 when he married Mary Ann Ingle (his sister-in-law’s sister).  The population was booming as they started having babies.

All of these grandchildren of Levi Igleheart, Sr. lived a typical American Frontier life, even though their grandfather owned the biggest house in the village.  The older daughters were taught to be responsible for their younger siblings at an early age, as their mother was having babies every two years.  The boys were expected to help in the fields as soon as they were able.  Formal schooling only lasted 10-12 weeks and studying had to be worked around many chores.  Their mothers picked up the slack, teaching at home and encouraged learning, and the Igleheart men were supportive of education for both girls and boys.

John and Harriett Erskine’s oldest children, Joseph and Mary, dreamed of going away to college.  In 1837 Indiana Asbury (now DePauw University) had been founded in Greencastle, Indiana, and the two siblings, with the blessing of their parents, planned to attend together in 1847.  Alas, that was not to be.  In 1846, an epidemic swept through the village, killing 37-year-old Harriett Igleheart Erskine.   Joseph, 19, also succumbed, as did little Sarah, only two-years-old.  The fever also killed Anne Taylor Igleheart, the matriarch of the Igleheart clan.

Mary Erskine, just 17, was devastated by the loss of her adored brother, mother, and grandmother. Now she had to be a mother to her younger brothers and sisters, who ranged in age from 6 to 15, and her dream of attending college seemed like just a dream.  The family, indeed the whole community, helped where they could, but the responsibility was crushing.

In 1849, Mary’s Uncle Asa Igleheart, who had been studying for years, passed the Indiana Bar Exam and received his license to practice law.  He, his wife and young children moved to Evansville, about eight miles south of the farms, where he set up a law practice.

Finally in 1852, Mary Erskine, now 23, and three of her siblings traveled the 150 miles to Greencastle, rented rooms, and began their studies. (note: the college was not co-ed; the women attended in separate buildings, called the Ladies’ Seminary)   She loved it and things went so well that in 1853 they returned, bringing with them another sister and two Igleheart cousins.

In 1853, there was an outbreak of typhoid fever that took the life of one of the cousins.  One of her sisters was very ill and Mary spent months nursing her back to health.   Though she missed a lot of classes,  she made the best of it. She had, after all, fulfilled her dream…and had also met the man who she would marry…Albion Fellows, a seminary student.

Uncle Levi, Jr. moved to Evansville in 1853 where he established a saw mill. 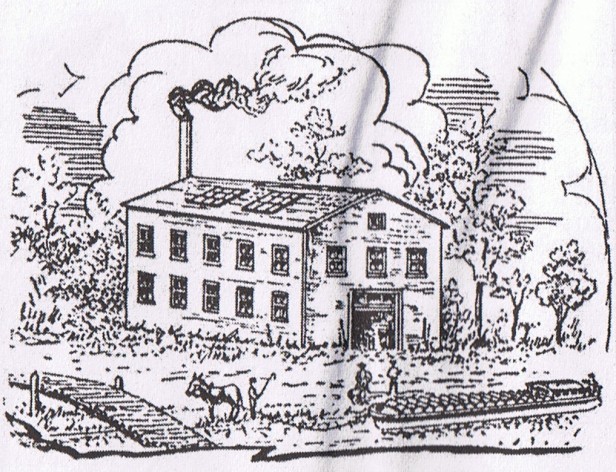 In 1854, Uncle Asa was appointed Judge of the Pleas Court, a position he held for the rest of his life.

In 1855, Grandpa Levi Igleheart, Sr. died,, distributing his wealth and land among his family.

In 1856, Asa, Levi, Jr., and little brother, William went into business together, establishing a grain mill at 5th and Locust in downtown Evansville (where the old Majestic Theatre was in my childhood).  They called it Igleheart Brothers, Millers. 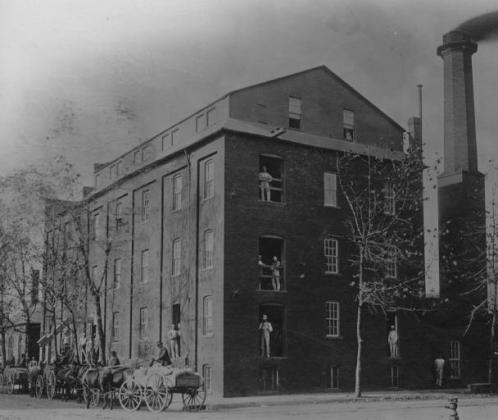