I bet the winner at the Kentucky Derby across the board, but he wasn’t the horse I was rooting for.  I’ll take my winnings, however bittersweet.  Preakness next….

After the monsoons let up—I thought it would take forever—I scrambled outside to the garden (visit Growing Every Season–my gardening blog),  stopping only to celebrate my #2 grand-daughter’s #9 birthday. 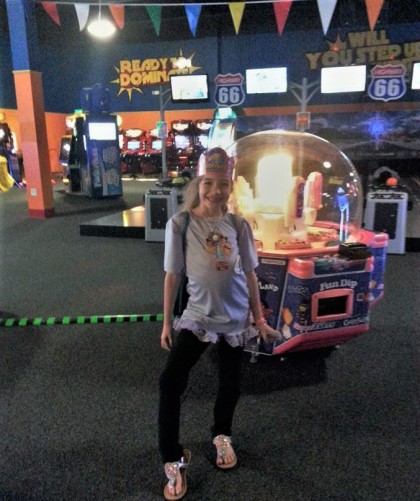 We’re packing up for a few days,  trailer trippin’ to Cades Cove campground in the Great Smoky Mountains National Park.  I’ve got a hankerin’ to hike back to Laurel Falls.   We’re still learning about dry camping, and Wink will be coming along, so it’s kind of a science experiment, too.  We never tire of GSMNP and have been dozens of times, but have only seen a bear once.  We’re told that the bear population around Cades Cove has increased and that we will have no problems seeing lots of them!  I don’t know if that’s good or not, but Casey thinks it’s great.

Remember when we were there (at another campground) in late October?  Just before we went out of cellphone range, the news broke that Comey had re-opened the Hillary email investigation…when we came home 3 days later, she had for all intents and purposes lost the election.  Now as we go back into the wilderness, Comey has been fired and…you know…

We will be gratefully off-grid, and on the lookout for Bears…