Had a great trip to visit with the NYC grand-daughters, mostly Eliza, who was on spring break.

Anyway, it was a quick trip…  Eliza and I went down to Rockefeller Center, but I failed to get Studio Tour tickets.  Not to be daunted we went** to the Top of the Rock… 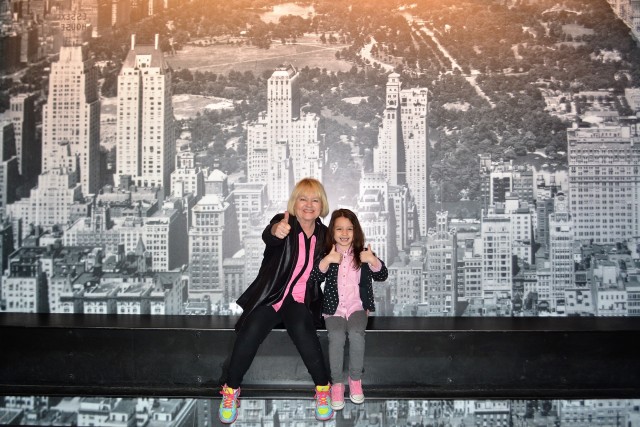 We played games and did some book-reading, attended Emma’s All-School Assembly, and just enjoyed being together!!

I arrived back at Sonnystone on Saturday, and I have to brag that my house was freshly swept and my windows were shiny-clean.  All of the my veggie plants were in great shape.  The seeds that I planted last Sunday are just sort-of starting to pop up.  Sunday we planted 9–count ’em–9 double knockout roses across the front of the house.  We’ll be planting veggies this week-end, if not before..! 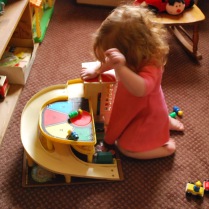 Hope your week is off to a great start!

** (I accidentally walked by trump tower while there…the whole block has to be cordoned off and there are seriously weaponized men everywhere.  I don’t blame Melania for not wanting to live with her husband, and I understand that Barron has special needs,  but according to the New York City Police Department, it has cost the taxpayers an average of $127,000 to $145,000 per day to keep Melania and Barron Trump in New York. By the time the Trumps vacate Trump Tower in June, (if they do) the tallied amount is projected to hit $8.6 million.  Since he’s so rich, can’t he pay that himself?)

(that wasn’t very peaceful, was it?  sorrrry…)

Peace to All of you!